The Earthworm Society of Britain launched the National Earthworm Recording Scheme back in 2014 and now provide guidance and training for earthworm recorders, as well as collating and verifying earthworm species records nationally (verification is essentially quality control for species identification).

There’s no denying that identification of earthworms can be tricky as a large part of determining an earthworm species is segment counting, as specific features occur on different segments in different species (in particular noting the location and shape of the tubercula pubertatis or ‘TP’). Other important features include looking in detail at the head and the spacing of setae.

The OPAL Earthworm Guide was produced as a resource for the OPAL Soil & Earthworm Survey and includes an identification key to the 12 most common species of British earthworm based on the observation of live earthworms, using colour and size as distinguishing features.We regularly receive records that have been determined using the OPAL Earthworm Guide and are unable to accept records created using this ID resource due to the limitations outlined below.

Assuming the OPAL key was 100% effective when used on a species that is included in the key it would still be unsuitable for use in the National Earthworm Recording Scheme as it would inevitably result in the rarer species being misidentified as these were disregarded when the identification questions for the key was constructed. Some of the omitted species are closely related to the included species and it is not currently possible to tell live specimens apart as they require inspection under a microscope in order to identify the morphological features that separate them. Since the National Earthworm Recording Scheme was launched we have learned that some of the “common” species are less common than previously thought and some of the “rare” species are more common than we thought.

As part of the OPAL project, an analysis was conducted by Imperial College London (http://www.imperial.ac.uk/media/imperial-college/research-centres-and-groups/opal-soil/Soil-Steering-Group-OPAL-Data-Analysis-National-Survey-Report.pdf). Page 104 (page 39 of the earthworm section) indicates a list of UK & Ireland earthworm species and how it was selected which species would be included in the key. The list of UK & Ireland earthworm species in the report contains 26 species so please note that the true number of species at this point in time is 31 species in the UK and Ireland (or 29 in Great Britain).

Limitation 3 – Some of the identification features don’t work

Finally, the key gives recorders false expectations that their record can be verified through provision of a photo. In reality we can only confirm the species if the photo(s) is of a high enough quality that the identification features that would normally be observed under a microscope can be clearly seen.

At the Earthworm Society of Britain we understand that the need for a microscope and to examine specimens in alcohol can be off-putting to a lot of biological recorders. A large part of determining an earthworm species is segment counting, as specific features occur on different segments in different species. Other important features include looking in detail at the head and the saddle.

However, with a little bit of practice earthworms are a manageable group to master. There are relatively few species compared to other groups and the excellent Key to Earthworms of Britain & Ireland has was updated in April 2018 and is available from the Field Studies Council website. 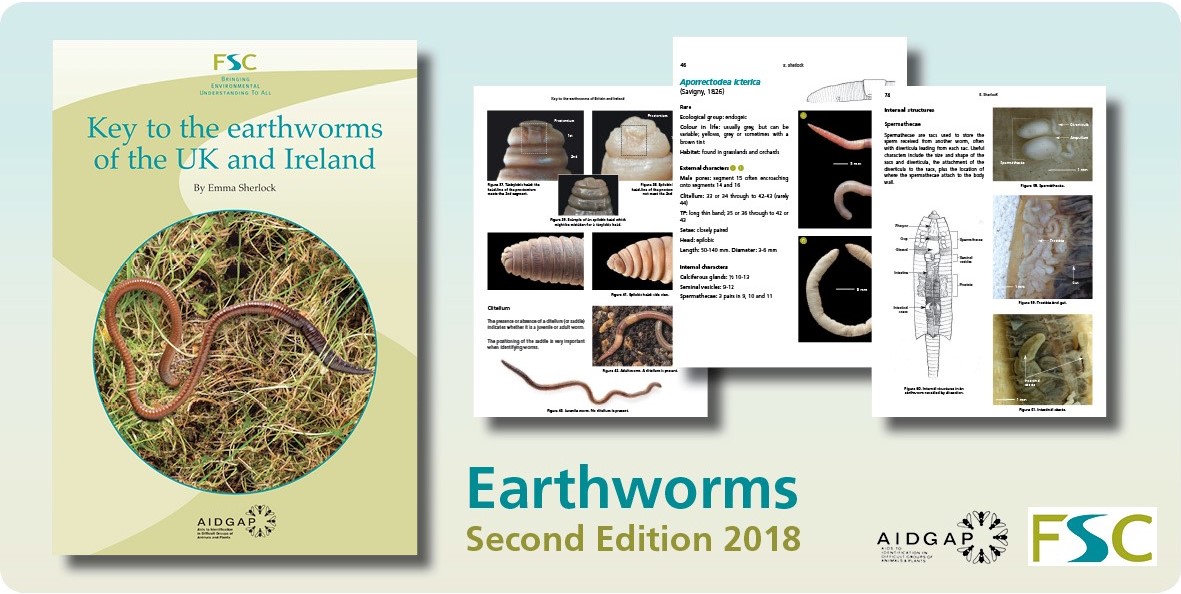 You don't need to log in to use the website. Login accounts are only for site administrators.